Simplicity is the Ultimate Sophistication

I saw a post in one of my Facebook groups. An Aussie, who was moving to Paris soon, was asking what she should wear while living in Paris because she didn't want to stand out, and wasn't sure her Aussie style would fit in. She asked if all French women were as chic as they're made to seem.

Everyone jumped on that post. Mostly to laugh about how wrong that stereotype is, and how overhyped French women are. Believe me, once you live here you will see how big of a con the French play on the rest of the world. (But Parisian men do dress well).

I remember one weekend Christian Kinnersley was in town. He wanted to eat at this Italian restaurant in Odeon. He claimed it was super fancy and he got mad at me because he claimed I didn't look nice enough for it. I was in a pair of leather-esque trousers, a sweater, and trainers. In Paris that season everyone was really into leather trousers. Not leggings, but dart trousers. It was the look. As a Parisian for the past 6 years I knew what the people of Paris wore. I knew that even to the Opera they wore jeans and trainers, but he was so angry at me that he didn't talk to me the whole way there or at the restaurant.

Sure enough we get to the restaurant, this little place above the trattoria downstairs, and we're seated next to a woman and her mother. They were also in run of the mill sweaters and jeans. In my head I just laughed. He had made me feel so awful, so down on myself, standing on the metro platform at Passy I wanted to cry because of how awful he was being to me, he iced me out the whole way there, and at the restaurant, and here were two women, who were posh, don't discount them because they were in casual wear, sitting next to us in this "fancy" restaurant. Later on that evening a man and woman even brought their kids, who proceeded to make a serious amount of noise in this tiny 10 table restaurant.

French people don't dress up. For anything. There's no such thing as "fancy". You can even bring children to nice restaurants. Everything is relaxed. Even in Paris.

One of the other commenters claimed that even at a wedding when all of the tourists were in fancy gowns, French people were in trainers and jeans. The sneakers usually being Veja or Stan Smith.

I worked for a wealthy family. The husband was worth €330m. They lived in a hotel particular in the 7th. They were members of the Opera. While the children would at the very least wear a dress or a skirt, their mother went to the Opera in jeans.

In case you're worried about fitting in, don't be. Don't wear heels, don't wear makeup. Do wear white trainers (street style not running shoes) and baggy pants. Keep colors to black, white, beige, or grey. But like little white. Usually reserved only for tops and shoes. Do buy an oversized coat. Never wear color. Do not wear anything overly trendy. No athleisure wear. Also nothing sexy. Tight clothes are not it. They love volume but like tailored. And outwardly wearing and showing off labels is crass. You'll look like you're a tourist or from the banlieue. 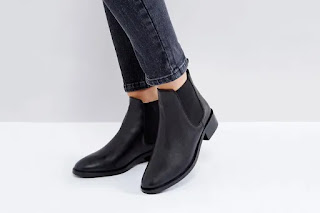 One person even mentioned their "Peter Pan" boots. Which was a hilarious description. I knew exactly what she was talking about. She meant Chelsea boots. They have been wearing flat Chelsea boots for years now.

Eventually you'll notice the "uniform" and you'll know what to wear. Why? Because they all wear the exact same thing. Like clones. You'll notice French people are robots. Culturally, unlike in the US, they are taught not to stand out (I learned this starts in creche).

In fact just ensure you at the very least have black jeans or wide leg trousers. An oversized blazer. An oversized knee length coat. Lastly a white tee. You can wing it with that until you get an idea of this season's look. If all else fails get anything dark from Zara. Frenchgirls love Zara (Mango is too bright and cheerful for Paris). And do not, I repeat, do not wear a beret or look to Emily in Paris. Tourists and their berets 😒

That's it. That's all you need to know about living, and dressing, in Paris.