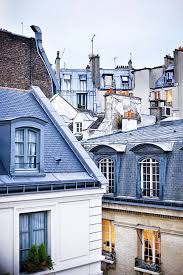 Another one of those things I forget most people don’t know about “chambre de bonnes”. I won’t get into architecture or Haussmann. In my apartment I have 50+ books on Haussmann, Napoleon III, Paris City Planning, Paris architecture, even on the Seine. That's what I can get my hands on in English. There are probably thousands more books in French, it’s an extensive subject that a tiny little blog post will not cover.

Paris buildings are really beautiful, but they’re also very much made of their time. The biggest apartments in a Haussmann building are the 2nd (the grandest) and 5th floor (second largest), the 6th is always reserved for the servants, and the kitchen is usually a small box facing the courtyard that has a stairwell leading to the chambre de bonnes or maid's rooms. Kitchens were for the servants so they’re not spacious, they’re not filled with light, and with the staircase leading to the servants quarters, you didn’t have to see them coming and going from the main door, and presumably scaring your bougie ass guests. To neither be seen nor heard.

One of my favorite things is going to a Paris apartment now owned by an American because they usually tear down some walls and turn their kitchens into what they're supposed to be, massive focal points in your home. Usually when you go to the home of a rich French person they're still usually quite small (although two homes had remodeled them to be 10sqm).

The chambre de bonnes, which are accessible but the service stairs, are located at the top of the building. They are usually 9sqm not typically exceeding 12 (unless they’re combined), but can go as low as 6sqm. There's usually a window, a sink, a shower, and a single (twin) sized bed. The toilet is usually on the landing and everyone shares it. Very rarely a landlord will put a toilet in the room. I once taught English for a family who ended up doing that but it wasn’t put in properly so it leaked sewage into the downstairs apartments. Suffice to say it cost more money than it was worth (and still didn’t work), and knowing French people the way I do, I’m not surprised they’re not spending the extra quid to give their slaves a little more comfort. 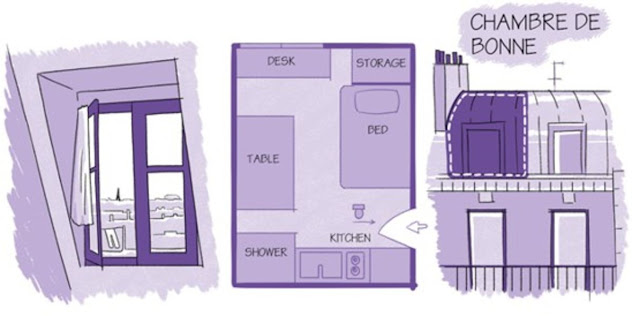 But the beauty of the chambre de bonne is that they're usually wildly illegal. In 2002 Paris passed a law that you cannot [legally] rent a room of less than 9sqm. And usually anything under 12sqm cannot exceed 400€ a month. Of course that doesn't stop people, so while the city may have facts and figures on them, the number is probably much, much higher. I'm a little surprised with the French love of documentation that they don't have records of how many exist. 100,000 is such a low number when you take into account how many buildings there are in Paris.

I’m not an estate agent so I can’t explain how some people are able to sell their chambre de bonnes, but for the most part if you buy an apartment you get a cave and a chambre de bonne. It’s like a little package deal. Some people for whatever reason get more than others. A friend of mine, her parents own a 2nd floor flat on avenue Breteuil. Their apartment is fairly large (at least 150sqm) and they have 6 chambre don bonnes. She likes to gripe that they’re not next to each other so they can’t tear the walls down and make it one big flat.

My opinion of them is positive and negative. Paris is one of the few cities where it is quite cheap to rent an apartment. Where else are you able to pay 360€ (what I paid) to be in one of the most "expensive" [laughs in American] cities in the world? Sure you can rent a bedsit in London, or a "studio" in Manhattan but they are nowhere near as prolific as they are in Paris.

Paris is funny because it's very, very small, but each neighborhood is really a different world. For instance I am very much a city person. And not just being in the city, but I have to be center. And so I have never liked the 16th. I call it the suburbs. I have never wanted to live there, and in my opinion if you had any real money you would live in 1-8. But I digress. For 5 years I never really went to the 16th so I didn't know this was a thing until I moved to Passy (not by choice). You see in Paris there is a hierarchy. The very wealthy have English mother tongue nannies (Canadian, Australian, British, American), the poorest tend to have African, and in the 16th? They usually have Filipino. Which is not something I saw anywhere else in Paris. And these poor people are not only making slave wages, and working 12 hour days, they're also sleeping two to three in a chambre de bonne and being charged like 300€ a month each (for something that only at most costs 400€).

It is truly the Twilight Zone and not something I ever saw outside of that district. It's modern day slave labor. As if looking down on the people in the 16th wasn’t a regular habit of mine, when you live amongst it… it makes you feel sick, hopeless, and if I had not had Christian Kinnersley visiting me every weekend, I would have been even more depressed than I already was. They are not good for your mental health. No one should live in them for any length surpassing 3 months (in my opinion).

That said, is it humane to stick a human being in 7sqm with only a sink and shower? Not by any means, but as long as you're not stuffing 3 people in them and making them your personal serfs, I don't see a huge issue with them. Some people only go home to sleep and in a sense having what is basically just a bedroom wouldn’t bother them. Some people can live in them just fine. As an introvert/extrovert homebody, they’re just not for me, and even now in the 35sqm I currently live in, I am still in need of at least 10sqm more. And sadly if I didn’t insist on being in the 7th I could probably have that. Case in point I am not a chambre de bonne person.

But they are also a reason why the aupair culture is so big here. You have girls coming from all over the world, who are probably still too young to fully live on their own in a new city, and they're able to live in their own space. Which helps keep boundaries because let's face it most people are cheapasses and will make that poor girl work every second if she is sharing a room with the kid. Not to mention no girl of 18 should be living in some strangers house or sharing a bedroom with a 6 year old.

The argument really can be made for and against them. They serve a purpose and that’s to provide housing for students who cannot afford much else, people who do not make that much money, and for those who cannot find other housing because let’s face it, it’s extremely hard to find an apartment when you aren’t French. Even if you make a high salary, the landlord will chose a student with a guarantor over your 6 figure income. It doesn’t make any sense (even with French pro tenant laws).

There's no denying that chambre de bonnes are uniquely French. I don’t know of any other city that has them (New York basements?). They are a unique feature of this city. "I want to die in a garret like Flaubert", where else but Paris is being poor considered romantic?

The stairs are usually tiny, at the back, and look like this: 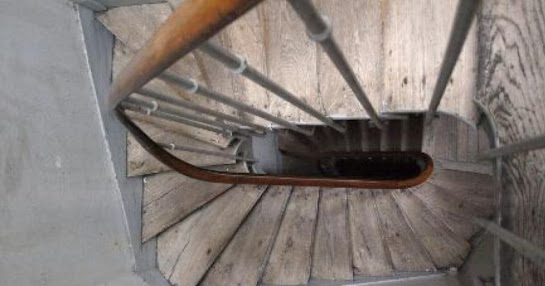 Whereas most Paris apartments on the floors below only have one door per floor 💸, hallways on the 6th (or 7th in the bastardized Haussmann buildings) housing the chambre de bonnes usually look like this: 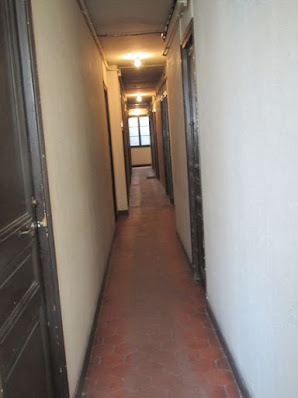 Some of them still have these Turkish toilets. The one I lived in at 7 rue de Passy had one but the door was chain locked shut: 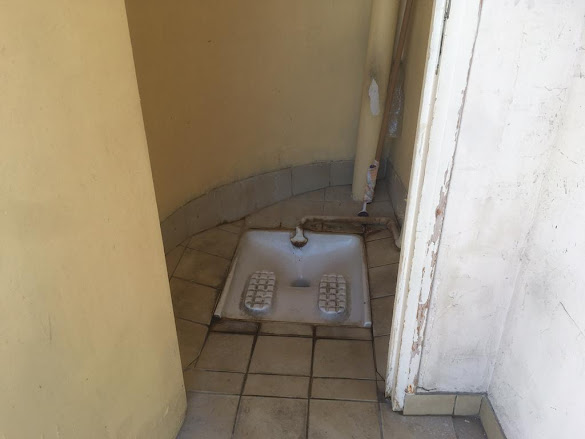 There's usually a sink on the landing: 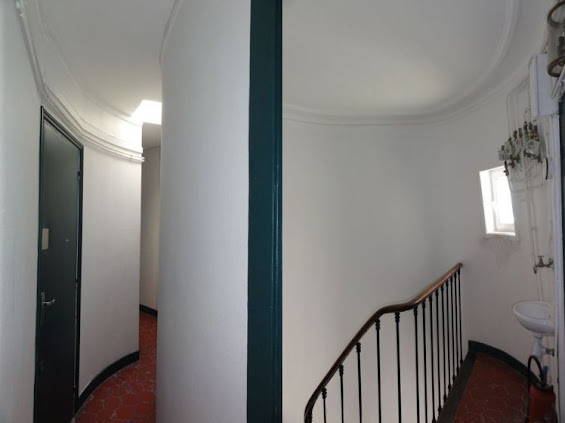 The shared toilet, a nightmare version and clearly the building is not in a good location because the owners would be paying more charges and would have a better standard: 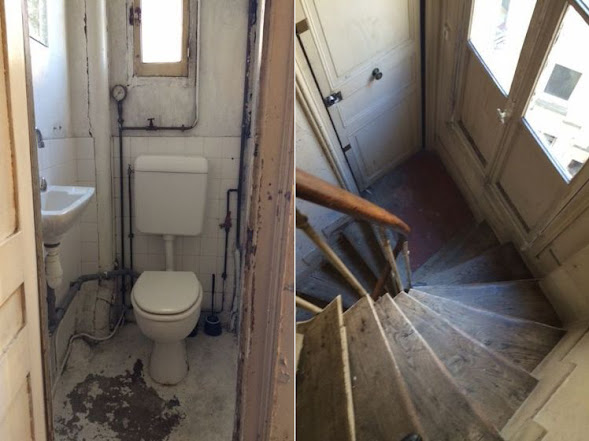 My apartment at Passy should have done something similar (same layout), the lifted bed gives much more space: 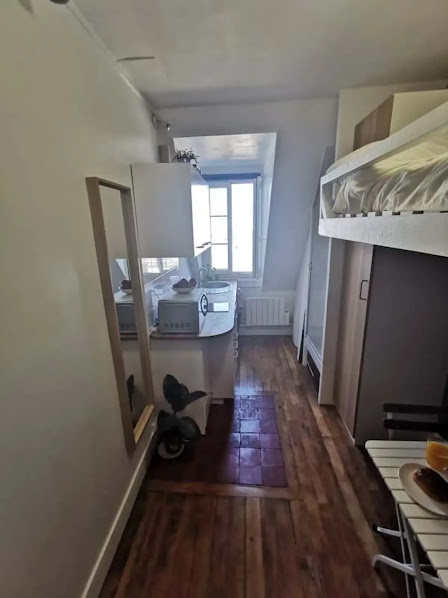 Only once have I seen a “chambre de bonne” at ground level. Usually they are the apartments of the guardians and they are much larger. A friend had a version like this on the ground floor near square Trousseau, but this is a much fancier version with far more natural light than is usual. His was 7sqm and only had one tiny window on the ceiling. This one must not be located in Paris. And the most unique feature of all, it's own toilet: 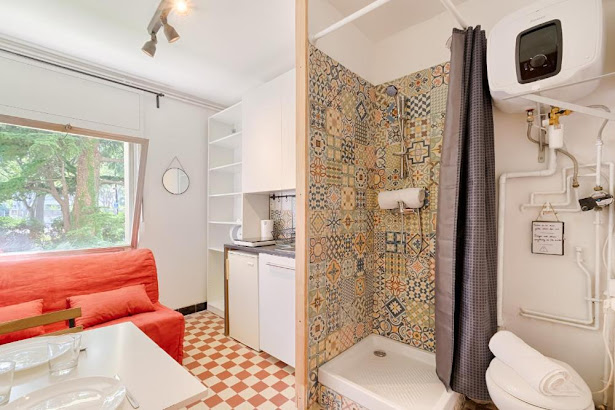 Typical chambre de bonne; shower, sink, bed, but this has the small square balcony that is less common: 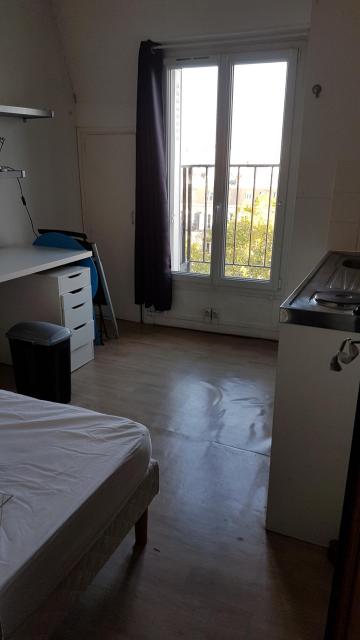 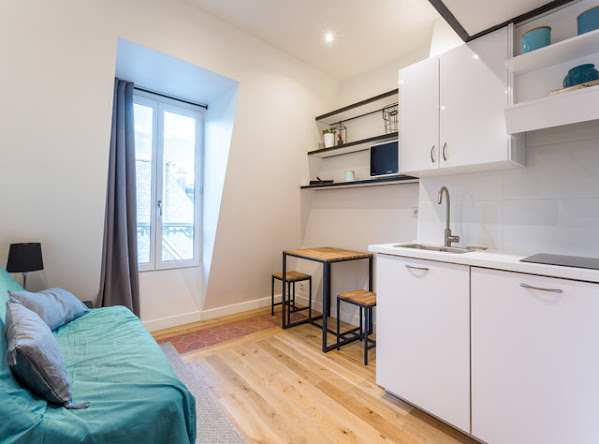 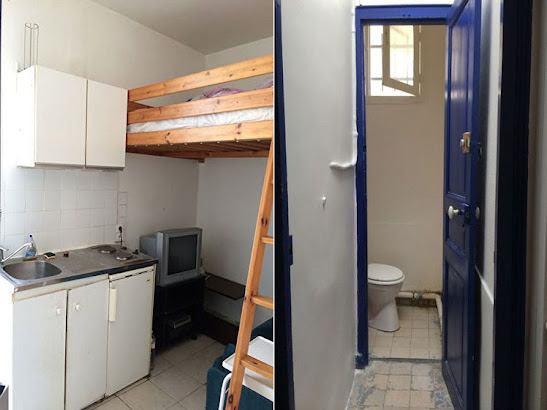 Before and after pics of converted “maid's rooms”: Patricia Fonseca Interior Design