Fallen for a Guy, Fell Down From the Sky 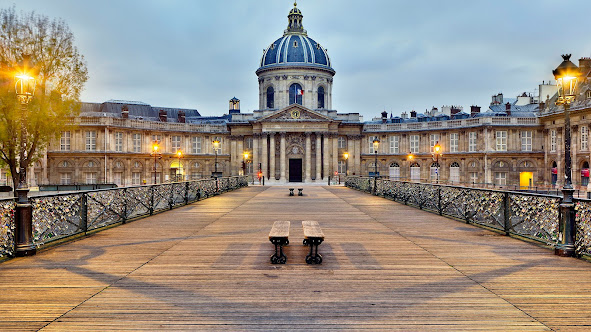 I thought I knew France well enough. I read more when I began to live here. I was even kind of proud of my learned knowledge. But then I started talking to a guy I really like and well...

I said something to him about Normandy, and he said that’s not in Brittany (where he’s from), and I was kind of like 'huh?'. That was bad enough, but then I did it again! I realized my mistake days later and apologized, because damn girl look at a map.

But because of my previous relationship I had been prepared to hear an onslaught of ‘wow you’re such a fucking idiot’, or ‘god how could I be with someone so stupid’ or ‘this is why I can’t introduce you to my friends/family because you’re so stupid you’ll say something to embarrass me”. Because that’s what Christian Kinnersley would have done. Not to mention I would have heard about it for months, if not years. I realized that Christian really had conditioned me to emotional abuse and I didn’t know any other way. Abuse really sticks with you huh?

So I fretted over it, beat myself up, thought he's going to be so unattracted to me. I thought I was never going to live it down. So I was taken aback when he was like so??? He didn’t care. He didn’t even think about it. He was like common mistake, no big deal. Yeah…he’s not an asshole.

Clearly I am still trying to unlearn the trauma and abuse from my previous relationship. But this blow to my ego emboldened me, so I decided to take some courses in French shit. I put on a striped shirt, baguette in hand, and said let's do this. Oui, Oui motherfuckers. 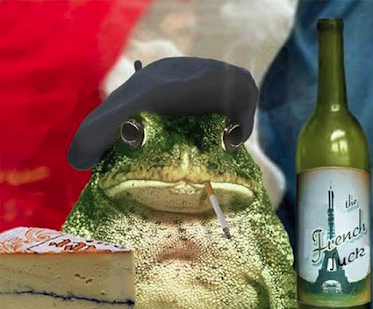 I know what you're thinking, "but you eschew everything French". ‘Tis true. Big Colonizer energy, but what can I say, I’m enamored. I want to learn everything of this strange place called Bretagne...

I also don't like to look stupid. I consider myself learned. I'm a ferocious reader, my vocabulary skills are 10/10, I took years of philosophy, psychology, anthropology, politics, sociology, art history, literature, and history for fun. I'd still be in university if I could afford it (I use EdX for shits and giggles people). But here I was thinking I at least knew French geography well enough, but we know how that went. Did I know anything at all?

French courses are actually really common if you look for them. It may seem strange at first because you don’t go to America and take courses on being American. But the French really love themselves so you can find anything from one day immersion courses to 6 week courses or even full semester courses. They’re in everything from food to wine, history to language, or even just 'culture'.

I know a girl who is studying for her doctorate and decided this year she really wanted to take some French courses. Her situation is a little different because she needed to be in France for over 90 days. In that case the process is stricter because you need to obtain a student visa. But being an American and applying for a visa in France is the easiest thing. I don't think I've even heard of anyone being rejected...

You will need to go to the French Consulate's website. From there you also need to sign up with Campus France. You can find the process in my previous post:

But if you're interested in a course that is less than 90 days, if you want to take a week vacation and do some stuff during that time, you can find all manner of