Hair as Shiny as the Promises in Magazines 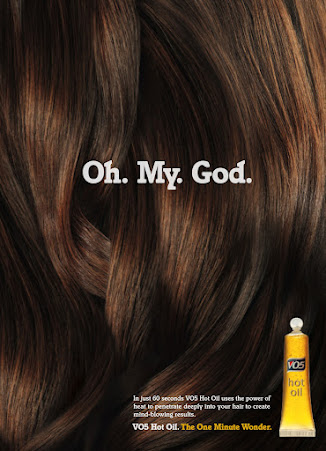 Not to brag but I have great hair. I’ve never tried to make it great, I’ve never even styled it, it just is that way. It’s not too thick and not too thin. It can take a curl, but it can also fall straight. I only brush it once a week (if that), and because I come from Texas, where humidity is a fact of life, it never acts up. Now that I’ve learned about “aging hair” (I thought it was a made up French concept), I’ve stepped up my game and am actively doing things. I’ve always conditioned (duh I’m American and conditioner is a fact of life), I masque, I take vitamins, I only use silk and cashmere hair scrunchies, I self care my locks even though I don’t stress them out.

But living in France is hard on your hair. At first I thought French water was doing wonders for me. After some time I started to notice my hair wasn’t feeling it’s usual self. It’s always been shiny, and has the volume and lift of a Cosmopolitan cover model, but it wasn’t as bouncy, and appeared flat and greasy too soon in the day. The ends were crunchy and straw like. It just didn’t feel as soft. It was also more elastic. And because it’s not as warm in Paris, I have to dry it with a blow dryer if I’m going out. At first I thought that was the problem, not blow drying your hair for 29 years and then suddenly doing so would cause it to be lack luster? I realized it’s more than that.

After some googling I found that Paris, while proclaiming itself the best water in the world, is actually a hard water city. I never thought to research this before, but I’ve since learned that some cities are more terrible than others. For instance London is the worse, they put chlorine in their water. New York is a good city because they fluctuate between soft and medium hardness. I haven’t yet found a city that doesn’t have any added minerals so I don’t know if that’s a thing, but you can look up your city’s hardness online.

Like my skin, which I slather in lotions and potions, I started to become more aware of things I could do to combat the harsh effects of Paris water. And yes, you should totally look into better lotions and body washes as hard water is also drying your skin out. I drink 3L of Mont Roucous a day and it doesn't cancel out the effects of hard water. All this time I thought Paris water was doing good, but it’s being doing more harm than good.

I wish I owned my apartment so I could install a water softener, but since I don’t, I found an alternative. The alternative being installing a water softener on your shower head. It sounds tricky, but you can purchase them on Amazon. Just be careful and make sure you read the reviews. A lot of people have tested before and after so try to stick with the products that passed the test.

If you’re planning on being in Paris for only a short while, you can do a few things during your stay. One is buying bottled water from the store and rinsing your hair with that. Another is masquing your hair every night. You can also use shampoos without sulfates or clarifying shampoos to rid your scalp of the excess minerals. And lastly a scalp rinse with lemons and apple cider vinegar to get all of the ick off your scalp.

Don’t wait years like I did. Be proactive now. You don’t want to wake up one day and wonder why your hair is more like bubblegum than it ever used to be.