Woe Is Me, River of Unhappiness 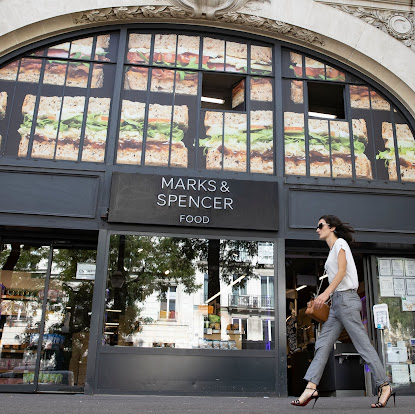 In my head I’m trying to go down the list of all of the M&S in Paris. When I lived at Luxembourg I shopped at the Saint Michel location. On my daily commute to Gare de Nord, if I was really desperate, I would stop at Châtelet. And you have to be really desperate because buying groceries from there doesn’t make any sense. Châtelet is so deep in the bowels of hell that it takes like 15 minutes just to surface from it. I used to wonder who on the RER going farther than me (it’s a 9 minute ride from Port Royal to Gare du Nord) would chance taking groceries home.

Not to mention I remember the closing of 2016? Or 2017? when they decided to shut down all M&S department stores. At first they didn't say they would leave food halls. The news was they were just closing all locations.

They used to have this big location at Beaugrenelle. It took up two floors. I loved going there because at the time it was the biggest M&S in Paris. When the news was announced it was like which stores are they going to keep open? I remember shopping their going out of business sale on Champs Elysées, which was mayhem. And then they only left the Food Hall behind. It was the size of a broom closet, and was actually one of the worse locations. It felt like it was always sold out of everything.

Then I moved to Passy and the location there was my everything. I was okay with whatever was happening elsewhere because M&S was right there and I never had to worry. There was still the location at Grands Boulevard (that has one entrance in the passage). At some point they opened the location at Montparnasse station. And then they opened their largest? location at Saint Germain and that was like ok, expansion, yes, this is great news. They’re making more.

Now there is yet again sad news. M&S has said they will be closing half of their French stores due to Brexit. Supply issues means they can no longer operate so many stores.

It has really been a rollercoaster. Where are they closing? They're opening more? Now they're closing again. They have not yet announced which stores they are closing, and how many of them in Paris, but I can’t even. Where will I get my sparkling Scottish mountain water? They had just gone back to expanding after closing, and now they’re closing all over again.

So I am going through the list in my head, trying to figure who would be on the chopping block. Maybe Gare Montparnasse? Because it's hidden on the east side of the station. But I can’t predict which locations because they are constantly busy. At Passy there was always a line. At Grands Boulevard they had more selection. And the new behemoth at Saint Germain could never? It opened right next to the fancy new Apple.

Once again we have to wonder which one of us will be left without one. No word yet on when they'll announce which locations are closing. Hopefully they're testing the news to gauge the public reaction. It was even mentioned in the New York Times (as yet another loss from Brexit). Now I feel so bad for being so gleeful for the time of day when yellow stickers came out. 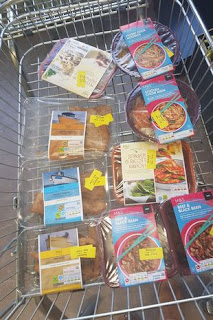 Besides Monoprix, M&S sustained me. It was the only place in Paris where I was certain I could find something. It’s hard, moving to a new country and having to adapt. But M&S made that transition smoother because it was stuff that I recognized. No one ever talks about the change that occurs on the most basic of levels, something that you cannot live without: food. People think because you live in Paris, food is something you never need to worry about, but most Parisians don’t eat at restaurants everyday. In America it’s normal, in France its untenable.

The only thing to look forward to now is optimism that they will make another comeback in 2 years. Hope that your store will not be on the chopping block. Today's news is very sad indeed.