A Hopeless Romantic Who Love Never Shines It's Light On 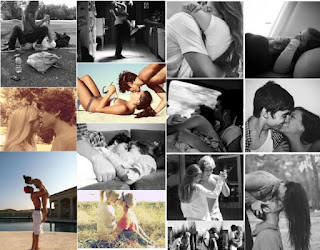 I never wanted to live in Paris. It wasn’t for me. I always wanted to live in London. I watched too many Richard Curtis films, saw Bridget Jones one too many times, read far too much Brit Chick lit, and I wanted that life. I originally moved to Paris because I thought it was an easy way to get European residency.

But then Brexit happened.

Eventually I began to learn to appreciate Paris (despite hating her too). For instance, the misery of it. Ask any French person and they all say the same thing “I hate Paris”. And it’s funny because everyone hates it, but we all choose to live here. I guess for a French person it is harder because they need to live in Paris. They don’t have a Chicago, and a DC, and a New York and a Los Angeles. America has so many big cities where you can find work in so many industries, but France basically only has Paris. So they all move here because they can’t go anywhere else, and then they all complain about it. It’s probably an odd thing to say but I love that. It’s a city of moaners who complain about everything. I don’t feel out of place.

The size is also perfect, in every way. In London the buildings are too short, in the New York they’re too tall. Haussmann was smart for stopping at 6 floors. And you can walk it in one day. There is not one place in Paris you can’t get to by foot. And even better (or worse) your neighborhood has everything so you might not even need to leave that 6 block radius for years and years. I had a friend who never left the Marais. It was annoying because we always had to go to her. But if that’s your jam, it can be done.

Most importantly it’s pretty. It’s just really pretty look at, and to live in. The French go through great pains to clean it everyday. It’s almost an obsession. After big events the poor street cleaners are out there minutes after everyone leaves, and they work tirelessly through the night so that you can wake up to a beautiful city. They scrub the buildings every 10 years to ensure they stay white (or beige actually). They plant trees every 6ft so you don’t feel like you’re surround by stone. And there is a park every few kilometers to ensure you don’t go mad from lack of nature.

I think one thing that always worked for me, and is probably why I never had that bubble burst moment that everyone experiences (that’s why the Chinese embassy has suicide doctors on standby), is that I never thought of Paris as a “romantic city”, “the city of love” (it’s light), or whatever cliché the French somehow conned the rest of the world into perpetuating. I guess those Richard Curtis movies did wonders because for me love was something you found in places somewhere else, not here. It was just a city, not a magical love paradise

And it’s odd. Because I am a romantic. I love love. I want to be in love. I love seeing people fall in love. I want to find my one true love. And I want everyone to find their’s to. I hope everyone gets to experience those moments of pure happiness, the fireworks that only come from finding a person who really gets you.

Alas lasting love has never decided to shine it’s light on me. It probably knows I want it too much, but that doesn’t stop me from wishing for it. Even if I can't have it, I hope others can.

I just never thought Paris was the place that it happens in more than another. And in a way that has helped keep my expectations grounded and has helped me to have the kind of relationship that is entirely unhealthy, but that seems to fit me more than any other.

I’m an accept people as they are kind of girl. I don’t believe that anyone or anything is perfect. I think you find what works best for you, you seek out those things that you love, you take them warts and all, and you love them for what they are and how you feel when you’re with them. And if you feel joy and happiness, even when they make you sad, and you can love them even when they make you unhappy, then that’s the only answer you need.

Love is not perfect. It’s not sunshine and roses everyday. Love requires patience and understanding. You’re going to hate them one day, and love them the next more than you realize. Love is seeing the other person’s flaws and loving them despite them. And in some ways the thing I didn’t initially want, ended up being the thing for me.