Working Without a Contract? Saisir Prud’Hommes 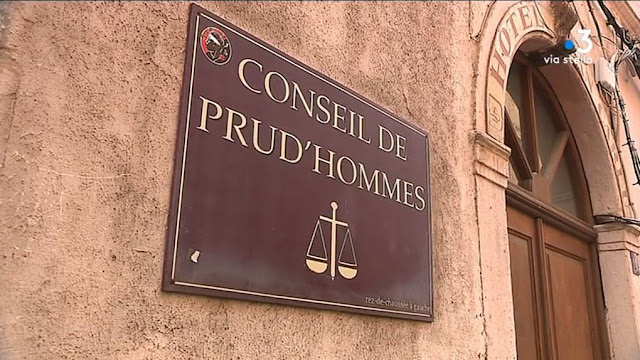 This is one of those situations you don’t really hear a lot about. And because of that when you are in this situation you don’t know what to do. Worse, you let it go because you think you can’t do anything about it.
This doesn’t just apply to nannies or teachers, it could be anyone who does freelance or maybe you’re even doing an internship. For whatever reason you find yourself doing work and not being paid correctly for it. The law says (translated) “A worker occupying an effective function of employee and who would not be declared as such by the employer is entitled to a lump sum indemnity and to the indemnities for breach of contract”.
There are certain instances where a person is undeclared because their visa doesn’t allow it, or perhaps your visa or carte de séjour expired. Maybe you’re here on a tourist visa and you aren’t even allowed to work. It doesn’t really matter whether you are legally able to, don’t let that put you off, you are still entitled to the same rights.
Being undeclared means you have no contract. Your employer doesn’t pay social charges on you. If you were to retire nothing would be contributed to your pension. And you certainly aren’t receiving social security. When you are fired, or let go, you won’t be able to seek any kind of government assistance (Pole Emploi).
Maybe it’s not even that, maybe you’re working more hours than you are being paid for. Maybe your employer doesn’t want to declare all of your working hours to save themselves money. Really the number of reasons are endless. But it isn’t your fault. The erroneous is on them.
When something like this happens you can try to ask them for compensation. I asked my ex-employer and she ignored the letter. So I had to find someone who knew what they were doing.
Enter SaisirPrudHommes
Unfortunately this isn’t a free service. Keep that in mind. You will have to pay for it, which can be kind of hard when you’ve just lost your job. But it’s very helpful if you’re not French.
The first thing they do is send a letter (mise en demure, 89,90€) asking for compensation. Because they offer legal help, they will tell you what to ask for, and how much. I went back and forth with them for a week whereby they listened to what happened and drafted a letter. I had to okay the letter each time. They would send it back and then finally when you have approved it, they send it for you. Everything is very professional. Everything is strictly by the legal code. They take care of everything.
Once the letter is sent, your employer has 15 days to reply. Unfortunately that doesn’t always work out. My employer, Lynda Sarfati, contacted me making entirely false, defamatory claims about me and told me to only speak to her lawyer from then on. I ended up having to contact a lawyer, but she still won’t pay. I’ll probably have to ask for the second service.
This is where they prepare and submit the file for you to the court (199€). This is very helpful if your French sucks. Unfortunately they can’t represent you, but they will help you understand the process. If you’re a foreigner, this is helpful. Unfortunately the people that work there don’t have the best English so it really helps if a French native can help.
As I said the service didn’t work for me. I worked for a total psycho who flaunts the law and doesn’t seem to care that she is doing things illegally. After she received the letter her husband Arnaud Sarfati declared me (misstating how much she actually paid me and how many hours I worked so they could cheat on their taxes).
Even though she declared me, it’s still illegal to dismiss the way she did (I was given no severance and notice), and she is still liable to answer for it. As I said I have to take her, and now her husband, to trial and have a judge force them. But for others it is much easier. I’ve heard that people reach a settlement without needing to move towards a trial.
For more information this is the website telling you about undeclared work in France:
https://www.litige.fr/articles/travail-au-noir-dissimule-sanction-denoncer-prudhommes